Thank You for Your Service to Canada

The PEI Regimental Band, Belfast Pipes and Drums and the Canada Remembers Chorus will be involved in the performance. A reception will be held in the Confederation Centre of the Arts Memorial Hall, which will include displays of wartime memorabilia. Food will be served by those in period costume and Phase II will provide entertainment.

Tickets are free and can be ordered in advance through Confederation Centre Box Office at 902.566.1267. Availability is limited, reserve your tickets today!

We are very grateful to our Veterans and consider it a privilege to work with the Department of Veteran Affairs whether we are designing for them or photographing Remembrance Day Ceremonies. Thank you. 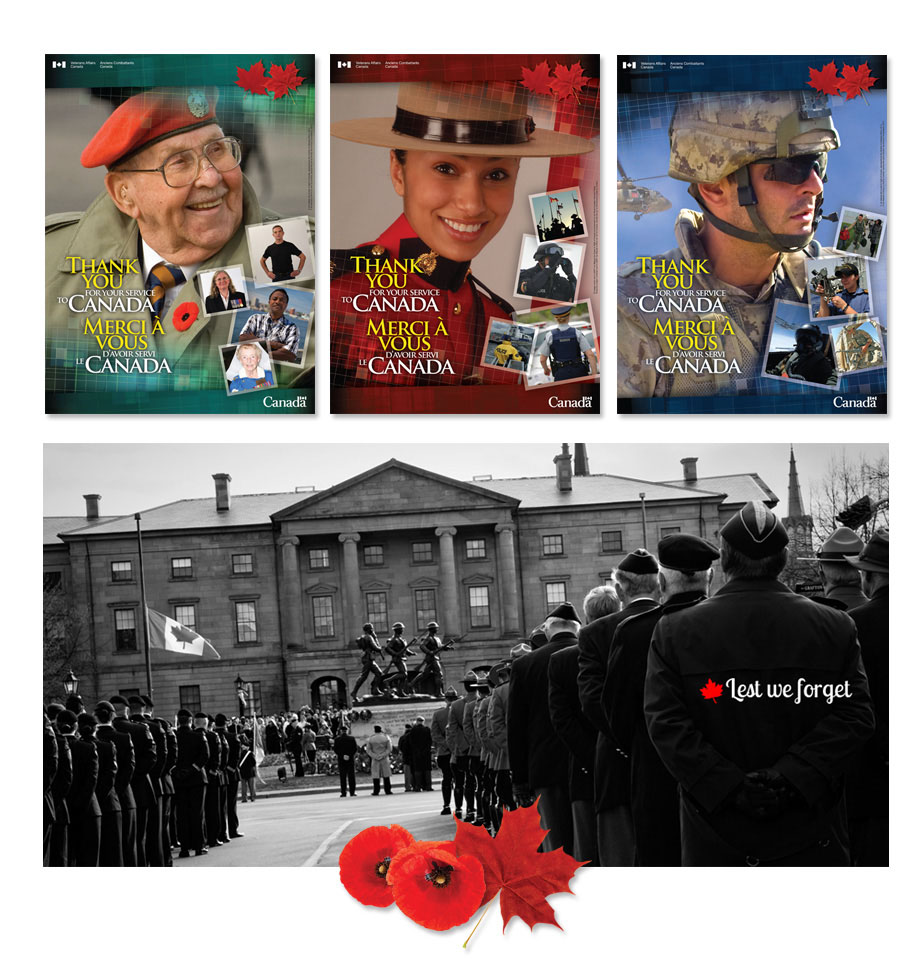 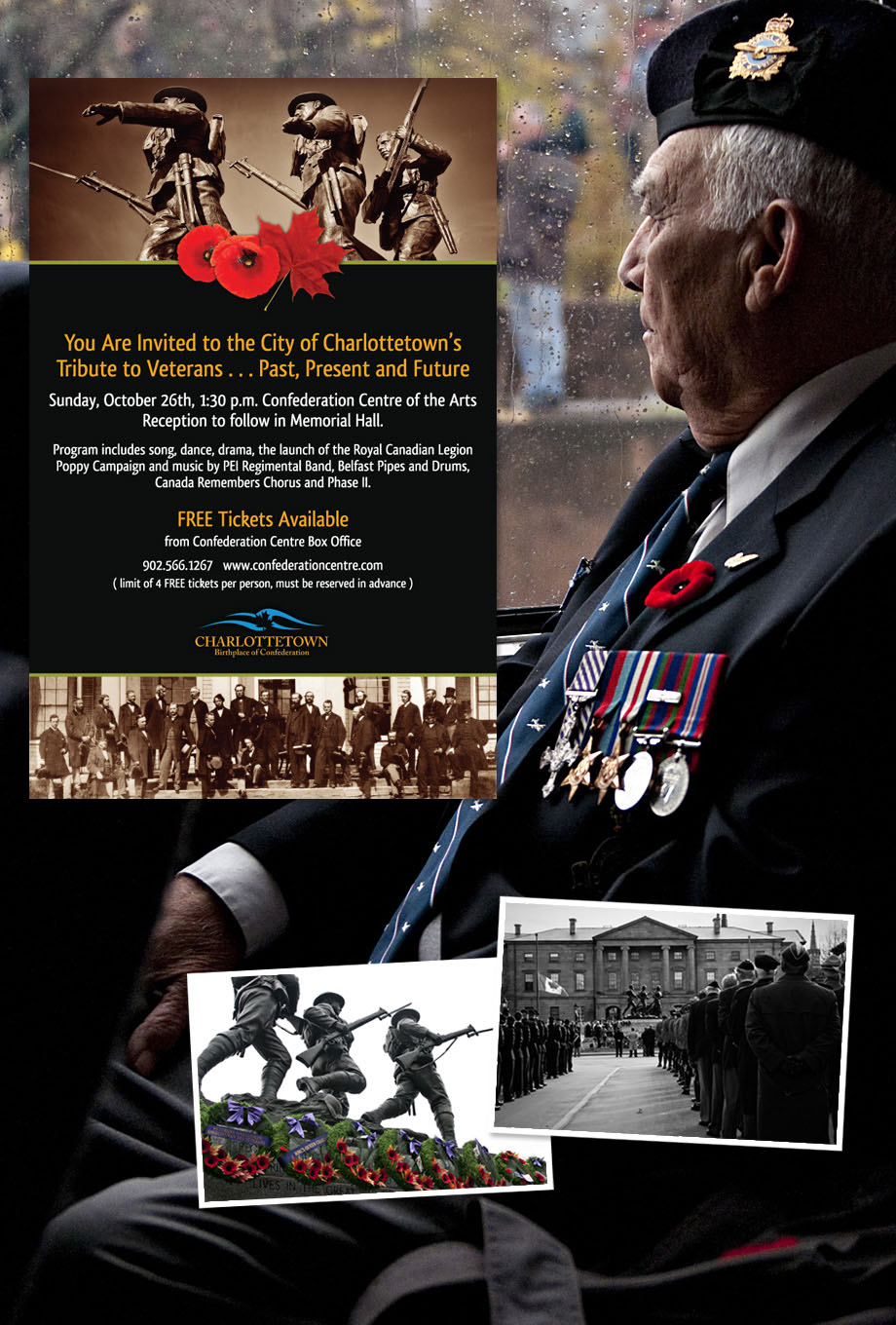